Whether you’re getting to know someone, are in a relationship or have been married for 50 years, men are truly simple creatures and what they look for in their women is pretty straightforward.

I’m a proud feminist so when I say women tend to over complicate things; I’m not taking any sides, I’m just speaking my truth.

Here are 8 things most strong men look for in a woman and surprise surprise, it’s not a 20-something-year-old with platinum blonde hair. 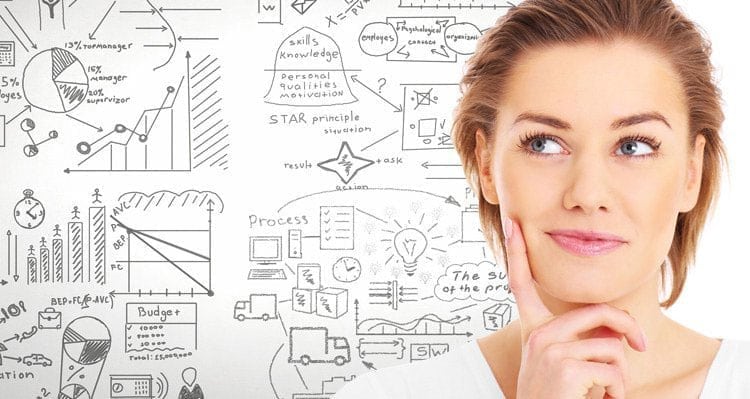 Beauty may be dangerous but intelligence is lethal.

Popular claims like ‘men prefer women who are not as smart as them’ get confused in translation.  For one, let’s address the fact that there is more than just one type of intelligence.  Intelligence doesn’t only come in the form of ‘book-smarts’, your career or how many degrees you have.  Intelligence can be found in the way you communicate, make decisions and handle situations.

If you’re a successful researcher in a field of science or have many advanced degrees – that’s great for you! This doesn’t mean you overload your partner with ‘matter-of-fact’ information or conversations because this can actually be counterproductive and ultimately, a turn-off.  It can come across as you thinking you’re better than him.

Intelligence is always attractive and it’s without a doubt extremely important.  There’s always a way to show your partner that you’re intelligent and have him appreciate it, genuinely.

When men look for what they want in a woman for a long-term relationship, they look for someone who they can hold a conversation and exchange ideas with.  You can show your intelligence through, for example, having opinions and stands on what’s going on in the world, making perfectly rational choices when it comes to cross-roads and being able to think for yourself.

So don’t think twice about reading your books and continuously gaining more knowledge – life is about constant self-development – just avoid coming across as a ‘know-it-all’.

Since she’s smarter than me, the only way we resolve anything is by arm wrestling. That is my only chance of winning anything with her because if it’s an intellectual battle, I would lose. She’s the smart one in the family. – George Clooney on Amal Alamuddin

Men being men, love the chase and the mystery that comes with it.

This is also human psychology.

The less you know, the more curious you’ll get.

Men love to ‘decode’ and read women and once interested, other women in comparison seem plain and ordinary.

If you reveal too much about yourself in the first couple of meetings, what’s left for him to find out?

Since men love to chase, mysterious women become a challenge and it gives them a ‘kick’ out of it.  The unpredictability is extremely exciting to some.  Women who only reveal a little bit of themselves at a time are the ones who can keep them interested longer.

However, there’s a balance that needs to accompany the mysterious act.  If you go too far, it can make him feel unsafe around you and emotionally disconnected.

Always remember that everything in moderation blossoms.

The essence of romance is uncertainty. – Oscar Wilde 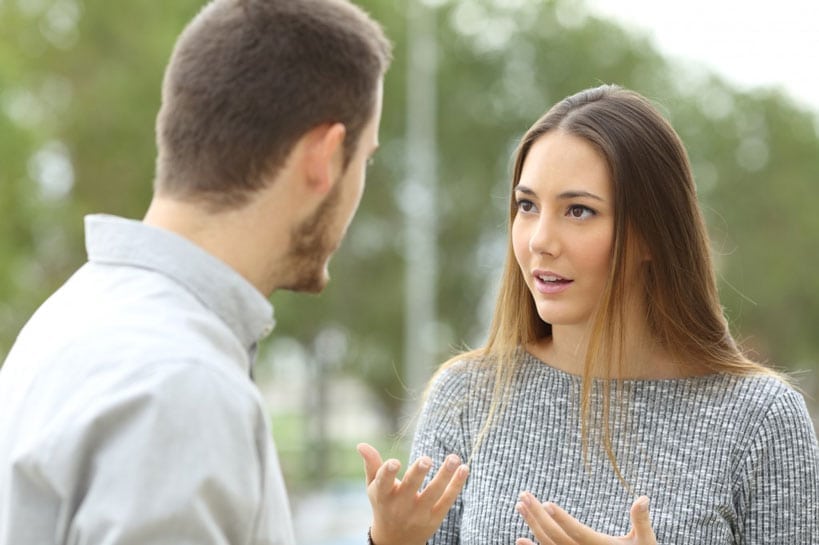 A person who is nice to you, but is rude to the waiter – is not a nice person.

Respect comes in a lot of different ways.

The way you talk and carry yourself, the things you do, the way you treat others is all a reflection of the amount of respect you have for yourself and others.

If you use foul language commonly, throw temper tantrums on the littlest things and lack consideration for other people’s feelings – you won’t be considered very mature and therefore, not get much respect.

Moreover, men look for women who they find pride in when introducing them to their friends and family. If you’re not a respectful woman, he probably won’t be too willing to go through with that idea.

Establish your boundaries, your values and the kind of woman you aspire to be and he will respect you for it.

The most desired gift of love is not diamonds, roses or chocolates.

Men aren’t as in tune with their emotions as much as women and that’s one of the reasons why they crave an affectionate, emotional connection with the woman they’re with.

Men love being nurtured and given attention to. For them, this is a sign of femininity and makes them feel more masculine.

By being positive and uplifting, you’re creating a loving space that men truly appreciate more than you’d think.

Surprisingly, according to an article in the Daily Mail, more than 1,000 couples who had been together for an average of 25 years were questioned by scientists for the sake of the study.  Results showed that frequent kissing or cuddling predicted happiness in the relationship for men more than women.

Doing things that show you care like simple hugs, kind words and appreciation are surprisingly underrated. Men are simple – just like anyone else who would need attention and care!

While I was singing and dancing and playing piano and having one of the best experiences I’ve ever had on a film, my lady was raising our daughter, pregnant with our second, and trying to help her brother fight his battle with cancer. If she hadn’t taken all that on so I could have this experience, it would surely be someone else up here. Sweetheart, thank you. – Ryan Gosling on Eva Mendes

There is no force more powerful than a woman determined to rise.

This couldn’t be further from the truth.

From a psychological viewpoint, we’re more drawn towards people who resemble us and who we want to be. When a man is around an ambitious woman, it would make him want to be a better version of himself, too.  This can motivate him and make him see you as a positive influence in his life. Energy – whatever form – is surprisingly contagious and there’s no relationship better than when two people better each other.

Again, similar to men liking intelligent women, there’s a balance that comes with being able to be ambitious and vulnerable depending on the situation.  An ambitious woman recognizes when and where it’s required and is still able to put her guard down towards her partner because too much of something can come across as aggressive and overwhelming.

I’ve got to say, I always found it great if she was making all kinds of money. I didn’t feel threatened by it at all. – Barack Obama on Michelle Obama 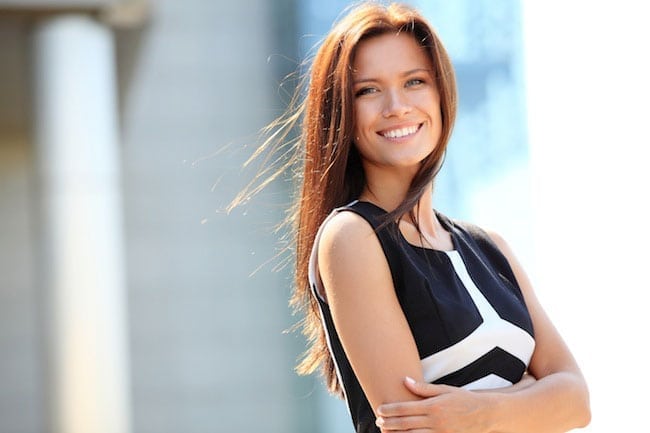 Confidence is the ability to feel beautiful without needing someone to tell you and if you can’t love and appreciate yourself – no one else will.

A lot of women deny compliments from their partners, insist on their negatives, don’t take care of themselves, lack self-esteem and continuously compare.

All of these factors don’t contribute towards anything except towards the destruction of a relationship.

There’s always someone who’s going to be better looking and smarter than you. Not being able to accept that can cause insecurities to play on the mind. This results in jealousy, anger, self-hate, demotivation and irritability to yourself and others around you.

Sometimes, women don’t even realize that they’re doing it.

For example, if your husband pays you a compliment that you look amazing in that dress and you reply with,

‘No you’re lying, I gained too much weight.’

you’re actually demotivating him from paying you any compliments at all the next time. When your negativity clouds you, it leaves others around you feeling frustrated and unheard.

Practice self-love through whatever means suits you best.

Whether it’s going to a self-development class, going to the spa, getting your nails or hair done or even going out shopping for a new outfit.

Take charge of your life to build your self-confidence and love towards yourself. You can never depend on others for your happiness.

It’s not a turnoff, but it’s upsetting to me when a woman has lost her confidence. I genuinely think that all women are beautiful in a different way. We live in such a critical world, and for women the bar has been set high, but they should really just grab that bar and snap it. It doesn’t mean anything. – Alex Pettyfer

I truly believe that no relationship can work without humility.

There’s never one person who’s always ‘right’ and the other ‘wrong’.

I’ll even go a step further and say that having humility is also a form of confidence.

It shows that you’re accepting of being able to make mistakes and are willing to learn from them.

If anything, men love women who have humility.  It even brings out respect for the person and it allows the man to feel like he has been heard.

Not being able to admit when you’re wrong is actually a sign of weakness and not strength.  Furthermore, if you’re always ‘right’ whenever there’s a discussion, it plays on the man’s confidence because they’re always put down if something goes wrong.

Lack of humility is unfortunately very common when it comes to the way women are in relationships. 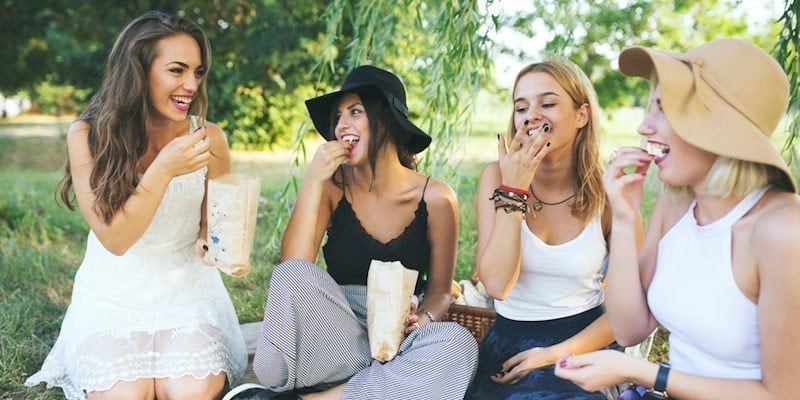 Don’t wait for people to be friendly – show them how.

Be the type of person you’d want to meet.

Men love women who know how to be friendly and social for whenever they go out together.  Be open to new people, get ready to talk and connect and be yourself instead of just sitting there attached to his arm.  Being friendly is also important because no man wants to be with a woman who he has to worry about giving attitude to his friends or family.

If you’re antisocial and not very talkative, it won’t give a very good impression and people are less likely to even want to be around you.

A study conducted in Personality and Social Psychology Bulletin found that men were attracted to women who are nice and sweet.

Through experiments which monitored sexual interest and participants’ feeling on potentially long-term dating, calling it ‘responsiveness’. it further found that men who perceived female partners as nice and friendly found them to be “more feminine and more attractive”.

Past studies conducted suggests that this is due to friendliness and niceness being associated with higher estrogen levels.

A man wants to be proud to call you his partner when he sees that you’re able to make new friends and welcome them with warmth – they find hospitable women more feminine and attractive.

This also shows that you’re a team player towards him and that you have the ability to be family oriented.

Men get commonly labeled as superficial at times because of the way their brains are wired – for example, that they care a lot about the way a woman looks and that they’re less emotionally attached as women, etcetera.

However, as mentioned before, men are surprisingly very simple people and what they truly look for in women is actually beyond just that.

There are many other factors that actually attract a good man, such as personality, dressing style, the way someone carries themselves, the feminine attitude and all the additional factors mentioned above are simple examples of what most strong men look for in women.

What do you guys think?